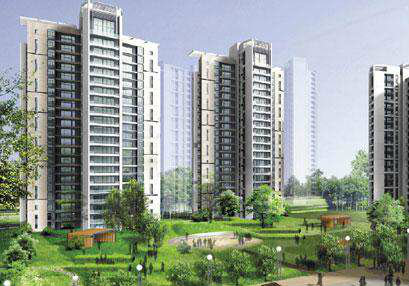 Kolkata, West Bengal is known for its diverse culture in India and is the capital of the state West Bengal. It has been the financial and cultural center of eastern India for a long time. People living in Kolkata are strongly bonded with each other and sharing the same localities from several generations. The arrival of liberalization has had its effects over this city too and the demand of independent units giving away to apartments which were earlier not there in the lifestyle of Kolkata. The Migration of people into this city along with the rise in better job opportunities with IT sector reaching its land availability to a shortage stage now.

Due to the land shortage, it’s obvious that if we cannot grow horizontally on land, we need to grow vertically. This means, here comes the introduction of high rise apartments in Kolkata. Thus the Apartment Culture emerged in Kolkata recently and gains its momentum in past 2 decades. With more IT and Tech people coming in Kolkata and doing the job in National and MNC companies, it made the change in the social fabric of the city and the high rise apartments are now touching the Kolkata Skyline. More youngsters have started to prefer living in the nuclear families. People now think to live or own their own house/flat and live with their Husband/wife and children only. Due to this the demand for Flat for Sale in Kolkata and Flat for Rent in Kolkata has been emerged with a boom.

Due to this high demand in residential real estate property, local and even national real estate developers and builders started launching small projects and once they actually see the potential and demand, the Big Developers like DLF, Supertech etc came with larger projects that include integrated townships around Kolkata that have large sky mounting apartments, School, colleges, Malls, hospitals and marketplace all available in one place.

In past couple of years, Kolkata Real Estate Industry has seen lots of rise and there is a strong potential for developers to become hot-shot in Kolkata realty sector. More than 30% of the population in Kolkata wishes to have their own flat. Popular places to look for flats in Kolkata are in Sector V, Salt Lake City, due to IT Hub development, New Town, Garia, EM by Pass and Sodepur etc. Rajarhat is also a newly urbanized area of attraction and is expected to grow bigger in near future.

Due to good infrastructure, metro availability, Jobs availability, Kolkata Real Estate Market is growing 10 to 15 percent per annum and it is much more than any other tier 1 city in India. The most required flat types in Kolkata are the mid-size apartments as the number of end users in Kolkata are really high. An excessive of 65% of flat buyers is end users that ensure the stability of the market.

People are getting more and more attracted towards this apartment culture and the facilities available in a single place. Therefore the demand has grown higher for flats for rent in Kolkata as well. Belaghata and Rashbehari are some upcoming areas where many residential projects are going to be finished soon.

Apart from that here in Kolkata, Public-Private Joint Partnership is also getting popular where the builder is given the land at subsidized rates by the government and in return the builder sells the LIG flats at cost price, the MIG for a bit profit and HIG flats at his own set price. Due to this, the buyers get flats at realistic prices. Some popular real estate developments in Kolkata include Magnolia Prestige, Ganga Jamuna Bhagirathi apartments and many more.